I’ve recently been confronted with this question by a lot of people so I began to think about it and come up with logical reasons as to what made me do this, 7 years ago. 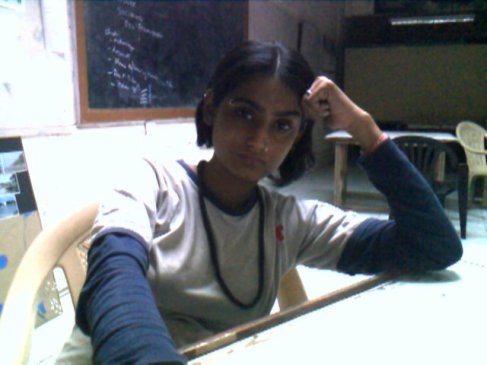 This was me in my punk phase 🙂 Nostalgia!!

2. What I tell people. I have 3 piercings on each ear and just one piercing on the left side of my nose. (2 would probably make me look like a goth lover) From the time I was a child, I have loved the idea of symmetry and asymmetric designs or patterns are very difficult for me to accept. I pierced my eyebrow so that I could create a symmetrical balance between my left and right side. (this one is a seller)

3. I was bored. If you knew me, you’d really understand that this is definitely something I would do when I was bored.

4. I thought I needed to add more metal to my face. I wasn’t nicknamed ‘MetalliPaul’ for nothing!

5. I was going through a rebellious phase and it sort of went with my torn, unwashed jeans, bad habits and tom-boyish ways.

6. I wanted to be different, unique. I wanted a reason for someone to give me a second glance because I had just been dumped by a guy who told me that I looked a ‘kamwali bhai‘. (servant in Gujarati)

7. I liked that people were a little intimidated by me and that they thought twice before approaching me. I scared the juniors big time!! Yes, ragging… (sorry introduction sessions) was indeed fun.

8. I thought that it made me inaccessible to Malayalee families to approach my parents with marriage proposals. (I still had them coming, though!)

9. The idea of being an Architect with a pierced eyebrow created an awesome image of myself in my own head that I just had to make it a reality.

I know that I’ll have to take it off sooner or later and have to get stitches, so that it doesn’t leave a gaping hole on one side of my face. I look back at that 19 year old me and salute her because I don’t think I would have the guts to do the same thing again. It was that adventurous, rebellious phase which defined who I was back then and it sure as hell gave me a lot of kicks at the time.

The kids I teach and coach, the teachers who come for training sessions and almost anyone I meet for the first time love to ask… ‘WHY?’… I don’t know WHY!! You do stupid things when you’re 19 and upset!! Sigh. With patience, I explain to them, ‘Reason No.2’. They wouldn’t understand ‘Reason No.1’. In all honesty, I believe that it was ‘Reason No.9’.

Everybody has some part of their college life they want to forget and never remember (the bell bottom phase, for example) and I would rather forget the ‘Fabindia’ phase than my punk phase!! I’m cool like that 😉