I was recently assigned a new class to teach because a teacher left suddenly in the middle of a term. Initially, I was glad because this is a class I used to co-teach with an accomplished and super young teacher but little did I know what was in store for me.

I walked in with a smiling face, having the kids pull me into their class with wide grins and smiles because all this while, I played the good cop while Sheeba played the bad cop. Oh, but only now… I was the bad cop and they could smell it through all the layers of warm clothing and a scent of confidence which was slowly fading. I walked into a verbal feud between the boys and girls over someone tattling to the principal and it all went downhill from there. They didn’t want to sing rhymes or songs; neither did they want to listen to stories nor learn spellings. All they wanted was a boxing ring and a referee to tell them who won. I tried to be patient and calm them down, laughed at how silly they were being expecting them to laugh along of course but what I received in return were stern, grave faces wondering why I was kidding through World War Three. I showered them with love and praises which then slowly faded into me bribing them to listen to me. Did it work, you may wonder… Do kids get tricked into eating spinach?! You have your answer.

I threatened them that I wouldn’t return, believing that they would want me to return but then again; you’re dealing with conniving seven and eight year old children. The cuter they are, the harder they bite. I repeated this for 3 days and then finally, I left the class actually vowing never to return, believing heart of hearts that I didn’t have it in me to teach these ruffians. They didn’t bat an eyelid when I said I was leaving. 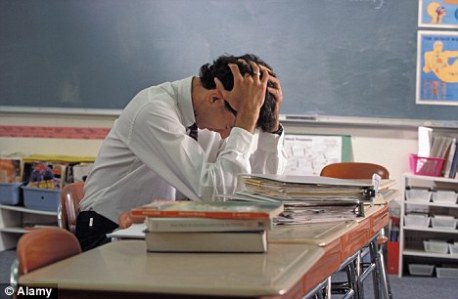 I walked back to my room for some alone time as they broke for a half an hour of music before they came back for English and I was almost certain that I would break down and cry. I went to a senior teacher who teaches them Hindi and begged for her to talk to these kids. She smiled her all knowing smile and came down to help. She took all of twenty minutes to quieten them down and ask them to reflect on their actions and even brought the naughtiest child in class to sit down and write six words which my co-teacher and I had been struggling to get done for over 2 days. How did she do it?! Good question. I shall give you the answer.

She asked each one of them to name all the naughty things they did in the past three days, not to complain about another but to reflect on their own little mischievous acts. I had kids sitting in my class and making paper boats while I was trying to teach them spellings and these kids owned up to that and many more. One of them even confessed to eating in class (after I reminded him of course) and another confessed to yelling in class for no reason. The naughtiest child in my class who doesn’t keep silent for a second was seen pondering over her naughty actions and confessed to being super disobedient. I watched these devils turn into angels before my eyes and I just didn’t know what to make of it. The class was over and I stared at these children, diligent as ever… writing down sentences in English when a few minutes ago… weren’t even ready to listen to me!!

I was baffled and I still am. I remember talking to friends who were going to become young parents and telling them how they could learn from their other friends’ and family’s mistakes in bringing up children. They laughed and said that they would definitely face new challenges however much they tried to read and be prepared. It’s true. I totally get it.

I hope I become that wise one day to handle these ruffians but until then, I’m voraciously reading up on sensitive parenting and attacking the psychology of the child to get through 7 hours of class with them. Can you blame me?! They can smell fear and it’s definitely on me.

3 thoughts on “The Bullied Teacher”